Thank you for your patience while we retrieve your images.

Kevin Brett
Kevin finds it very challenging to take everyday, overlooked objects or subject matter, people or situations and capture them in ways that the viewer can extract feelings from personal experiences of their own. As when he worked in other mediums of visual art such as drawing, painting and sculpture, great effort is made to have everything within the compositions become valuable characters in the motionless plays captured through a lens. The use of unusual and dramatic angles gives the photographs views intended to make seemingly insignificant items a bit more powerful and emotional. Kevin's style of photography is very pure and traditional but there are always conceptual intentions behind all the fine art images created. While sometimes including people in his fine art photographs, Kevin attempts to capture what it is to be human within every image. Each image is titled with only one word. The ambiguity of a one word title only opens the door for the viewer, with freedom to roam their own thoughts rather than defining the images with a complicated heading trapping the viewer on the surface and not allowing the unrestricted journey beyond the scene.
No EXIF information is available
© 2006-2013 Soul Imagery 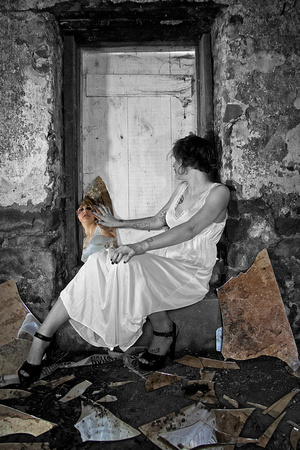